Jisc’s mission is to enable people within the UK Higher Education, Further Education and Skills sectors to perform at the forefront of their practice by allowing them to fully exploit digital content and connectivity.

As a former research manager now working at Jisc, I am aware that there is sometimes a lack of knowledge among our profession around Jisc’s work, especially how Jisc helps support the UK research sector. I was therefore delighted that I was able to arrange a study tour of Jisc for ARMA members. The event was hosted at our new offices in London, and we were restricted to 55 attendees – the capacity of our largest meeting room. When the call for expressions of interest (EOI) went out I wasn’t sure if we’d reach capacity, and so was bowled over by the 120 EOIs we received.

As well as highlighting our work around academic research to the ARMA community, the Jisc staff were very keen to tap the thoughts, opinions and expertise of ARMA members. We designed the agenda to allow a two-way flow of learning and information. The morning was a more formal session to set out who Jisc are and what we do, in particular what we do around research. The afternoon consisted of two sessions of breakout groups focussing on areas of research support activities in which Jisc is actively developing services and or providing support.

Is Jisc an elephant?

Before the presentations began, we were interested in finding out how many attendees had heard of Jisc before they signed up, and if so, which Jisc services and products they already knew. Using a digital survey tool, we found that nearly a third of attendees either just knew our name or had never previously heard of Jisc. Of the two thirds who were more aware of Jisc’s work, we found there was good brand recognition around Jiscmail and the Janet network, a little knowledge of the ORCiD consortium and Publications router, and a few mentions of previous Jisc’s projects.

This made me think of the blind men and an elephant tale, in which people experience the elephant differently according to their own perceptions. Perhaps Jisc means different things to different research managers depending on where the previous touch points, if any, have been?

Jisc plays a highly diverse and important role in supporting research in universities.

Further to this, we play an active role in the development and implementation of key research information and evaluation infrastructure and standards, including interoperability standards (identifiers, vocabularies, metadata standards), responsible metrics and building networks and communities.

Jisc’s current products, services and sector activities are underpinned by horizon scanning and service development. During the morning slot, Dr Victoria Moody talked about the Jisc research strategy, and key priorities over the next few years. These include responding to areas indicated as important by our members, including research information management, research analytics, open scholarship, cloud services and digital research skills. A long-term aim for the sector is to move towards a frictionless research (and research management) environment. Victoria also discussed the concept of ‘Research 4.0′ and the possibilities offered by advances in quantum computing, automation, machine learning and the biotech industry.

We were also lucky to have Jisc UX specialist Tom Davey join us for the day. He presented a short talk about how input from end-users was essential to the development of digital products. He also gave a demonstration of the Jisc open research hub repository, illustrating how end-user input and feedback had greatly improved the usability of the repository.

In the afternoon we explored some of our current areas of interest for Jisc in more detail. We are extremely grateful for the important input that the ARMA members were able to provide.

Two groups discussed separate, but linked questions: what are institutions doing to support digital skills for research; and, what should Jisc do in this area. The institutions represented in the room currently offer a range of training, much of it provided through the libraries. How-to webinars, and case studies based on experience (greater success, avoidance of pitfalls etc.) were felt to be good for engagement, avoiding jargon (such as ‘digital’) and focussing on giving good examples. ARMA enables members to take courses and join special interest groups. Both groups felt there was a role for Jisc in providing a platform for showcasing case studies in support of digital champions in institutions. It was thought that Jisc could coordinate mapping activity to assess what’s already available, what is still needed, and how-to future proof what is offered, including a baseline survey to assess the essential digital skills needed by researchers and support staff. Any library/ signposting of tools or training needs to work across disciplines and address any challenges for the research office and library collaborating. Overall it was felt that it is necessary to create a positive attitude towards developing digital skills, and there would be a need to try to engage and excite researchers and research professional staff.

The initial focus was around why institutions want to manage their portfolio of digital research outputs; there are strong drivers around compliance, particularly the REF and other funder mandates, and researcher evaluation. Institutions are using a range of solutions to collate information including spreadsheets, repositories, CRISs and external systems such as ResearchFish. Most participants felt their institution was not managing their outputs as a single portfolio, mainly because too little time and resources are devoted to this. Finally, there was a discussion around how to showcase and market the research UK universities undertake to external organisations who may be interested in their research.

This discussion was on grant applications, the type and amount of data collected and how it’s used. Opinions varied among attendees about how content they were with their institutions’ in-house Business Intelligence Service; many felt more could be done with the data they collect from applications. Time and effort are required in collecting data from different sources, tidying it up and presenting it in a useful format to help with strategic decisions. External data is not always up to date, not available immediately or not granular enough to merge with institutional data. While external data is useful in showing trends, it doesn’t serve the needs of the institution. An institution’s data is extremely valuable and, if it’s to be shared and aggregated, they need to know why the data is collected and what it’s going to be used for. There needs to be a clear benefit to sharing valuable data, which is greater than keeping the data private. Caution should be applied to using grant success as a measure of judging departments or institutions. A more holistic approach is required which considers other variables. Finally, we must be careful comparing across disciplines and make sure we are comparing like with like by using standard frameworks, such as Snowball Metrics.

Participants talked about how we can encourage different departments within the institution to work cohesively to establish joined-up research data management practices and systems. It was clear that the types of blockers to working together were often a reflection of which department was regarded as ‘owning’ research data management. A number of solutions were discussed including the building of informal relationships between departments and persuading senior management to ensure all departments are involved in implementation, and those involved are given the time to do it properly.

Zooming out to see the whole elephant

We hope the study tour gave attendees a more comprehensive and accurate overview of who Jisc are and all that we do, especially around support for research. Anyone interested in keeping up to date with Jisc, or getting involved in current projects, can stay up to date by signing up for email updates from this Research Data Blog and Jisc Headlines , or register interest in and updates about our current development work, by emailing: 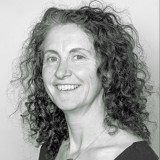