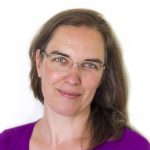 by Helen Kara We Research It

Jisc is looking at how it can use the repository infrastructure currently being built for the research data shared service to meet use cases outside the traditional university institutional repository. In our first case we are working with the forensic science community to gather requirements for a research outputs repository for undergraduate and postgraduate students. Helen Kara summarises the results of requirements gathering report for this community, including results of a survey of potential users and a requirements gathering workshop.

The process was overseen by a steering group made up of forensic science experts and Jisc staff, and supported by an independent researcher. The group decided to employ an iterative process of research and discussion. To this end, they set up an online survey and a discussion workshop.

The online survey attracted 100 responses, with a good spread between males and females, academics and forensic scientists, those who teach and those who don’t. Two-thirds of responses came from England, with a surprising one-quarter from around the world. Over 90% of respondents said they would value the proposed repository.

Analysis of the survey data revealed six unanswered questions about how the repository should be designed and managed. These 6 areas were as follows:

A workshop was held in Manchester to resolve these questions. It was attended by 18 forensic science experts from academia, the criminal justice system, and the private sector, as well as staff from Jisc and the independent researcher.

The workshop discussions resolved most points, though there are still a number of key decisions to be made during the design process. These are recorded in the ‘Next Steps’ section of this report.

One key problem identified during the workshop is that forensic science doesn’t fall within the remit of any particular research funding council or HEFCE Unit of Assessment in the forthcoming Research Excellence Framework (REF). It would be worth lobbying RCUK to make funding contingent on sharing findings and data, and continuing discussions with HEFCE for future assessments of research.